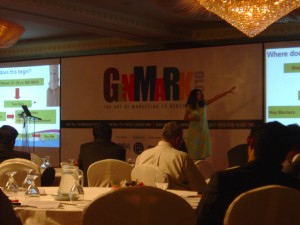 Q. You can’t empower women just by asking them to be bold enough to go out there and buy Always on their own. I have fourteen year old daughter and I buy this stuff for her and not she herself. That doesn’t mean she’s weak in any way.

A. By empowering we are exhorting the girls to accept their feminine side and to turn one of their weakest moments of the month i.e the period into something not only bearable but a springboard to something greater in life.

Opinion. The women you have shown in your ad represent roughly 1% of the Indian women. Most of the women have empowerment as the last thing on their mind considering the conditions they live in. Secondly there was a study conducted in India which found a steep rise in the sale of Always in one particular region was due to the farmers using the pads on their necks to absorb sweat rather than female population using it.

Instead of focusing on women, you could come up with a campaign which targets men and their attitude. 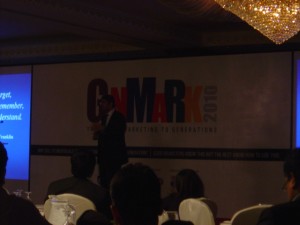 Question from the audience: Why Schumacher was used to endorse Shell Helix? How many people know about him in Pakistan?

A: Shell Helix is a new synthetic oil selling at a premium price and targeted towards the premium segment. So the target market we are trying to reach has every chance of knowing about him. 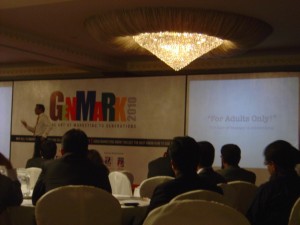 Q. Not offended, but how does what you are showing relevant to Pakistan? This is something tailored to what the Western male wants?

A. Males are basically the same irrespective of the country or nation. All males desire a hot sultry woman which they yearn to get without sweating it out, even more so in Pakistan where the male has to gulp 10 times before even thinking of approaching a girl. Even in a seminar such as this, there would be many males who would have eyed an attractive female in the audience and then for the rest of the day they would try to come up with ways of approaching her. They’ll try to muster courage to do it in the morning tea break, chicken out, then lunch break,chicken out, finally they’ll promise themselves to ask for her email at the end but by then she would be gone.

So men are universally the same. The Axe Effect ads by Unilever were based on this insight. So were the Impulse deodorant ads, which were the female equivalent of Axe, but more subtle. Having said all this, yes there are restrictions to what you are allowed to do in line with the cultural constraints. You have to take into account how the consumer is going to react to it. There was this coffee ad made in India which showed a couple fooling around and then having that brand of coffee afterwards. During a focus group post-ad, one woman was asked whether she’ll buy that coffee. She said no way, what would the shopkeeper think about me that why is she buying this brand of coffee? So the sexual connotations of the ad were proving to be barrier in the buying decision for the females. 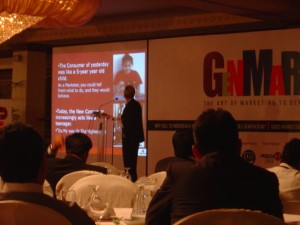 All in all, GenMark 2010 was a great success considering how seminars are  managed in this part of the world. And the credit goes both to the organizer, the sponsors and the presenters. One of the biggest fallacies of any such seminar in Pakistan is the deviance from the topic at hand. Many times it has happened that the presenter had no idea what was the essence of the event and he would go on talking about something entirely different. Not in this event. Most of the presentations were crisp and relevant to the theme. 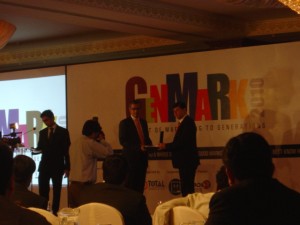 The sponsors did their part with FM91 and TVone providing attractive branded pens and notepads for the participants to use. FM91 also provided gift packs which were given at the end of the seminar. However they were limited in quantity and not all the participants got them.

One opportunity Total communications did miss was before the start of the event. When the delegates were just sitting waiting for the event to get underway, FM91 theme was being played over and over again, which became monotonous, not to mention frustrating after a while. What they could have done is make a promo of the company highlighting all the events that they have organized or helped organize and then intersperse the theme of FM91 or whatever brand is sponsoring the event within that. That would have been far more effective and entertaining as well for the delegates.

Pakistan’s branding fraternity needs a lot more of such events to grow and blossom like their Indian counterparts have done.