GENMARK 2010 – The Art of Marketing to Generations-1 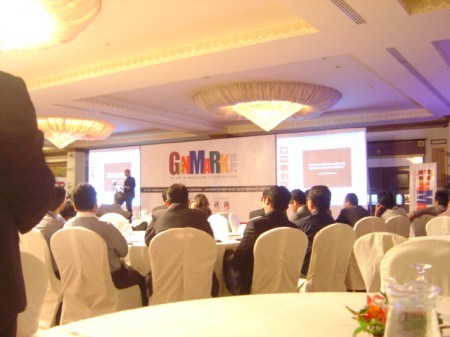 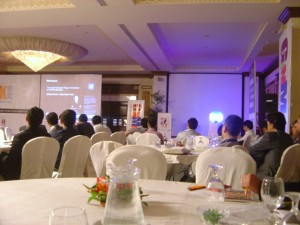 Q-  What do you have to say about the ethical implications of using kids as a marketing material?

There’s nothing wrong with it. Unless I’m marketing an illegal or harmful product, it’s perfectly alright. Even in the tea ad (shown earlier), the kids are not shown drinking tea like an adult, they are just used as a theme. What’s wrong with that? They are, after all, used by marketers as objects in marketing products for the kids.

Q. I agree with him that marketers have a responsibility towards what they market. Blue Band was found to have plastic content, how can you market such products?

Ans. So sue them. It’s not the responsibility of a marketer to check for this. By the time the product reaches the advertiser, it is approved by all the authorities with respect to its quality. If it does not meet standard requirements, then prove it instead of rumor mongering. 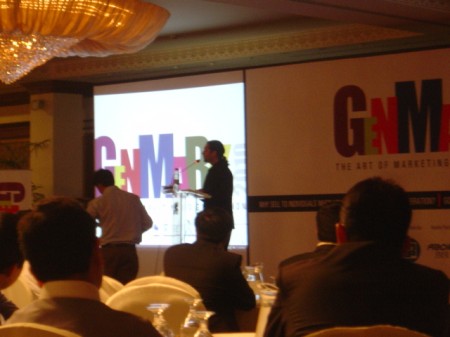 Question from audience: What was the insight behind the thumb ad?

Ans: It was based on an insight gleaned from an international study that a thumb was sitting in a bar and blabbering.

Q: Which SEC are you targeting within the youth?

A: We don’t define the segments in terms of SEC but rather in terms of lifestyles and behaviors. 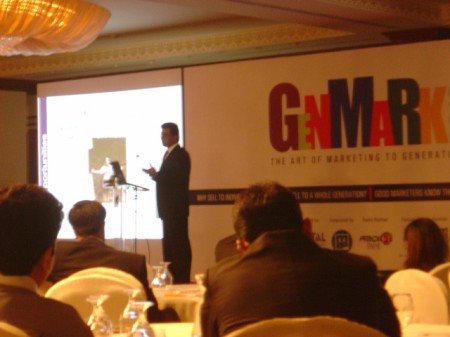 A. The similarities are that they love to listen to music and watch cricket. By way of dissimilarities, one of the insights we got from the rural lot was that they liked to listen to cricket commentary and music as a group, therefore in line with this insight we launched a new model which didn’t require the use of headphones.

Q. What’s the next step?

A. Touchphones are the next step. Nokia is increasingly focusing on apps on its Ovi store to make owning a Nokia brand a fruitful experience beyond just the features available on the device. Pakistan lack accurate and detailed maps of its cities because of which the Map app cannot be leveraged. But once maps are developed, navigation through mobiles would become a whole new ball game.

Q. There are many dual sim mobiles available on the market and apart from Samsung most are unbranded. Why hasn’t Nokia tapped into that market as yet?

A. Yes it is an opportunity and one which Nokia recognizes. However it’s not that big an opportunity as you are projecting. But Nokia is working on this and hopefully will come up with something to cater to this segment.

To be Continued in Next Part……