Did you know that Metro and Makro are one and the same thing? Not many people know that.

Metro AG, is a German company which owns both Makro and Metro, making both brands compete against each other.

While some other company may be terrified at the prospect of one of its brands cannibalizing the sale of its sister brand, Metro AG isn’t bothered. Both brands are operating in the same regions of the country, at least as far as Pakistan is concerned. However in Pakistan, the two brands belong to different businesses. While Makro is owned by the Habib Group, Metro belongs to Hashwani group.

The following are some of the amazing statistics of the giant retailers of this world, courtesy Strategic Retail Management by Zentes Morschett Klein 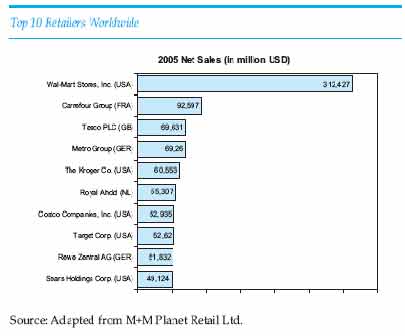 Now, something about the difference in strategy of these two sister brands. While both Makro and Metro started out puporting to be catering to the business community, Makro didn’t have stringent requirements. Yes, it offered the membership as well, but the membership was for some extra benefits like preference given for parking space and at the counter, and not for right of entry. Metro on the other hand has adopted a very strict approach in that no one is allowed until he’s a member, and you can’t become a member until you fulfill, well, a lot of trivial requirements which I could only describe as mind-boggling. 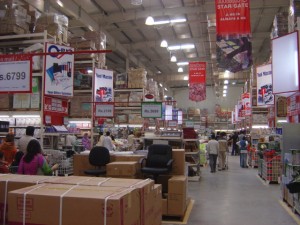 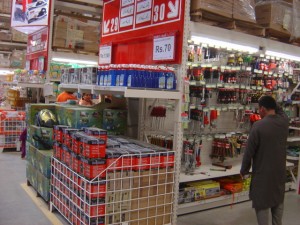 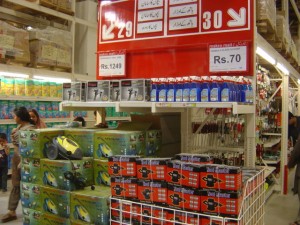 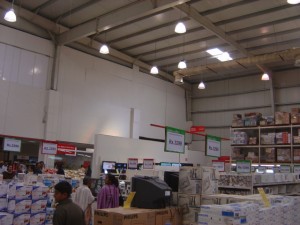 The conditions for becoming a member are that either you should be a businessman with all the necessary documents to prove you really are a bona-fide one (as if they’re gonna cross-check on that) or you are a purchasing agent for a company. But even if you’re a purchasing agent representing a company, you need an authority letter from your company as a proof. All these things may be valid if, and that’s a big if, Metro was solely a wholesaler store, which I’m afraid it’s not. If you’ve been inside, it’s more of a giant departmental store very much like it’s sister brand Makro completely tailored to the consumer rather than the retailer or any business for that matter.

Metro certainly hasn’t done enough research to decipher the Pakistani mentality. If we want something cheap, we’re going to visit a shop that looks the part. Now Metro is trying to position itself for the retailers. Can you imagine a Kiryana store owner coming to Metro to shop for his stock? No, he won’t. Even if he comes, he’ll just have a look around, get intimidated by the sophistication of the store, and go to where he always goes for his goods. Over time, this mentality will change, but then Metro will have to do more to catalyze this painfully slow process. 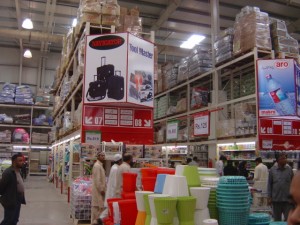 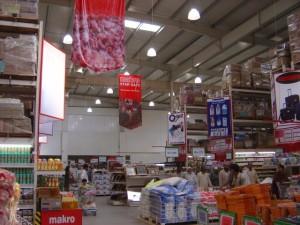 Metro has alloted an entire area for the bakery items which are by no means cheap, at least cheap enough for the bakery owners. What bakery owner is going to spend a fortune on them when he could bake them himself? So the only people who would want to buy these items are the normal consumers. And Metro doesn’t allow them. Is this mind-boggling or what? And the signs of this strategy taking a dent are already showing. Some of the items that I checked at the bakery section looked like to be stale, the most noticeable being the bread. 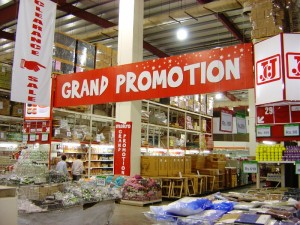 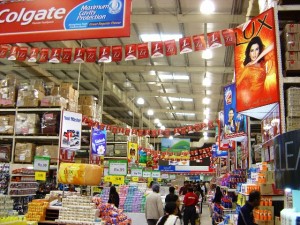 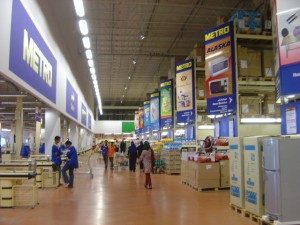 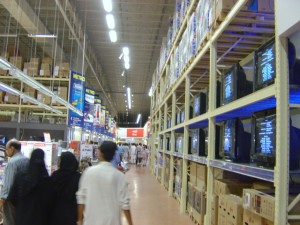 I visited the store twice on Saturday and Sunday evening, a time when Metro ought to have been brimming with people, judging from the mayhem at the evening. It was not. There were a few people, but not the crowd you would have expected on a weekend.

One other difference between the two siblings is that while Makro didn’t put a cap on how much you need to spend on a visit, Metro requires that you spend at least Rs.2,000. Only now Makro has put a Rs.500 minimum requirement.

The strategy of membership is certainly an effective tool for not only maintaining a database of your customers, but knowing precisely who is buying what, how much and how often. It’s a tremendous opportunity for marketing one-on-one if only Metro can sift through the enormous data mine and make sense of it. Makro on the other hand does not have this advantage since it does not require all its shoppers to be members as well. 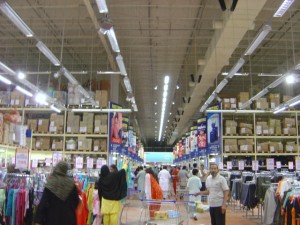 Coming to the price points, apart from the grocery and food items, stuff like clothes and laptops are definitely on the higher side. If you can muster enough energy to visit Techno City or Unicentre, you could definitely find a laptop Rs.5,000-6000 cheaper than what they’re offering at Metro.

The bottom line is that you are better off buying electronic, electrical, in fact everything that does not come under the banner of grocery from a small store. Reason? These guys are charging GSTs on every item whereas if you get the same item at a shop which has taken all sorts of measures to avoid paying the GST, you won’t have to either. That means a cheaper product. For instance, an 8GB USB flash drive costs about Rs.1100-1200 from your neighborhood computer wala. At Metro, the same thing costs Rs. 1537 because of the GST. So unless you are a conscientious citizen, you’re better off getting these items anywhere but Metro.

Coming back to their restricted access policy, here I was eulogizing them for there great launch strategy( which it really was), however their launch strategy does not match with their overall objectives, whatever they really are.

Maybe they’ve a long-term strategy for which to be fulfilled they need to suffer in the short-term and for which they already have allowances in place in their business model. But to me, unless they do away with their restrictions and allow the consumer to shop there easily, they won’t be able to stay afloat for long. Carrefour and Spinneys have just entered the Lahore market. Before long they’ll be penetrating the retail market of other cities as well. Rest assured the battle for a piece of the Pakistani consumer’s mind is only going to heat up more.